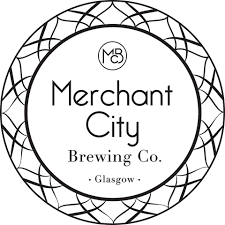 My next blog is about Merchant City Brewing, a brewery close to my heart as its close to where I live, and I work for them.
Adam Gray (head brewer) has worked for a load of Scottish Brewers including Windswept and Stewarts Brewing to name a few.
Adam is a keen (very) runner and regularly competes in Ultra marathons.
His next brew is a German Kolsch beer brewed with Ciaran Febers, who is a very experienced home brewer and runs all thing beery in Pavement one of the newest Craft beer bars in Glasgow`s Merchant City.

Adam is brewing a wide range of beer from IPA`s to experimenting in Barrel aging.
Adam specifically asked for a shout out to the team at Crossing the Rubicon, who apart from being very close to the brewery have been extremely supportive in Merchant City Brewing first year.

My last blog is on  Dead End Brew Machine . Chris at Dead End Brew Machine has perhaps received the most international recognition of all the small Glasgow breweries. His Belgium style Wit beer `Wit men cant jump` has featured in collabfest 2018 and was available in all Brewdog sites across Europe. Chris brews a range of different beers, each one different than the last. Dead End`s Death range of IPA`s have featured across most of Glasgow and Scotland`s craft beer bars, with each having a different twist than the last. Dead End`s next brew is a bit of a secret.... All I know is there`s a pile of bretted stuff sitting in barrels that he`s very excited about. Chris`s Deep Red (Saison aged on loads of cherries) is a favourite in Glasgow and for those lucky enough to attend Beer Makes Glasgow Chris had developed a version aged with spruce tips. Which to many was the beer of the event. Dead End Brew Machine on UNTAPPD Dead End Brew Machine Favourite Breweries and Venues -
Read more 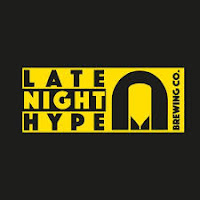 This week I visit Dave at  Ride Brewing Co . Dave has embarked on a new project which involves  Late Night Hype Brewing Co  based in Clydebank and  Bute Brew Co , who will all be brewing in the new facility in the Gorbals in 2019. The facility will be the first of its kind in Scotland with a special focus on accessibility and providing jobs for people with disabilities. Dave sites  Spotlight Brewing  as his favourite brewery and inspiration for this project. His first Brew in the new facility will be his Raspberry Wit. I then spoke to Simon from  Bute Brew Co . I know what you`re thinking.... Isle of Bute isn`t Glasgow? Well, while Bute Brew Co look for new premises on Bute they will be brewing at the Glasgow Brewery Collective site. Anyway, Bute Brew Co tend to specialize in the Cask beer market and have a large range of beers including their next brew Scalpsie Blonde. Simon previously worked for  St Andrews Brewing Company  and has a wealth of knowledge in both brew
Read more

My first two featured Glasgow brewers are  Up Front  and  Overtone . I took a trip out to Yoker to see the crew and say hello on brew day. This specific brew day saw Jake (Upfront) and Dan (Overtone) working on a collaboration brew, the beer was to be a mixed fermentation fruit sour, with Upfronts Yojo (passion fruit gose), and a dry hopped (HBC472) Stout next for the Overtone lads. The Overtone brewery is a cracking size and there is talk of a basketball hoop going up soon with talk of an inter brewery title being put up for grabs.......  Followed by a couple of beers of course! Upfront are renowned for their Stout Ahab and IPA Ishmael, among others which have been staples in the Glasgow beer scene for some time now. Jake (Head Brewer at Upfront) also regularly collaborates with the mighty  Brewdog  at the yearly Collabfest. Overtone are perhaps the newest brewers to the Glasgow Beer Scene. The international team of three (Bowie, Dan and Martin) are brewing
Read more